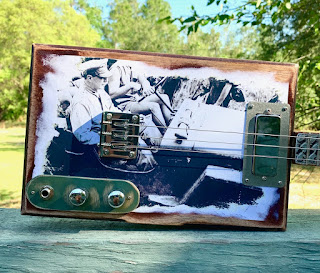 This custom cigar box guitar, named "The American Legend," was made for a gentleman named Brad in Texas. He wanted a "Jeep" themed guitar to go along with his dearly loved new Cherokee. While Deep South Cigar Box Guitars generally works closely with customers on the design of their cigar box guitar, Brad told me he just wanted to be surprised when he opened it. He wanted a full electric, 3-string tuned to open G. Other than that, it was entirely up to me, he said. As I sat down to work up a design, I did happen to know that Brad is a bit of a World War II buff, which also happens to the catalyst for the birth of Jeep.

After a few hours of looking through archival photos of Jeeps in action during WWII, I came across this image of General Douglas MacArthur riding in a 1940's Willys Jeep during an inspection visit in the Philippines. When I realized MacArthur was born in Arkansas, where Brad was also born and raised, I knew I had my design. 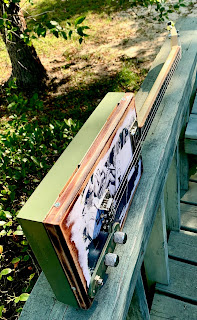 Using a high quality cigar box, a maple neck with rosewood fret board and the Deep South CBG headstock shape, I selected all chrome hardware, including a hard-tail bridge, to accompany a Snake Oil mini humbucker with volume and tone controls and got to work.

The cigar box lid was removed, stripped, refinished and hand cut to receive the neck, humbucker, controls and input jack. The rest of the box and headstock were finished in flat olive green, just like the original WWII Jeeps. The neck received multiple of coats of Tung oil, sanded with 0000 steel wool between each coat and rubbed to a silky finish. I applied the MacArthur image to the body and distressed it around the edges to give it a worn look and to show off a bit of the box lid's grain texture and color.

For the fretboard, I decided on on image of a muddy Jeep tire track, applied between frets all the way up to the nut. While utterly smooth, it gives the guitar a rugged look consistent with the overall theme of the guitar. For the headstock, I located an image of a vintage Jeep shop sign in red, white and blue with the words "The American Legend" and "Established Since 1941" on it and"The American Legend" became the obvious name for this guitar.

All that remained now was to make a decision about the design of the jack plate for the front of the instrument, which I decided to make from a piece of an old cigar box. I painted it to match the flat olive green of the headstock and box bottom, distressed it a bit to give it a rugged, well-used look and then assembled the instrument. 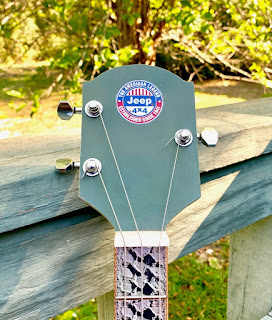 The sound test on this instrument was really excellent. With the humbucker placed as far from the bridge as possible, she gives a rich, deep tone when tuned to GDG. I think Brad will really enjoy this instrument, and I look forward to posting a video of him playing it soon. 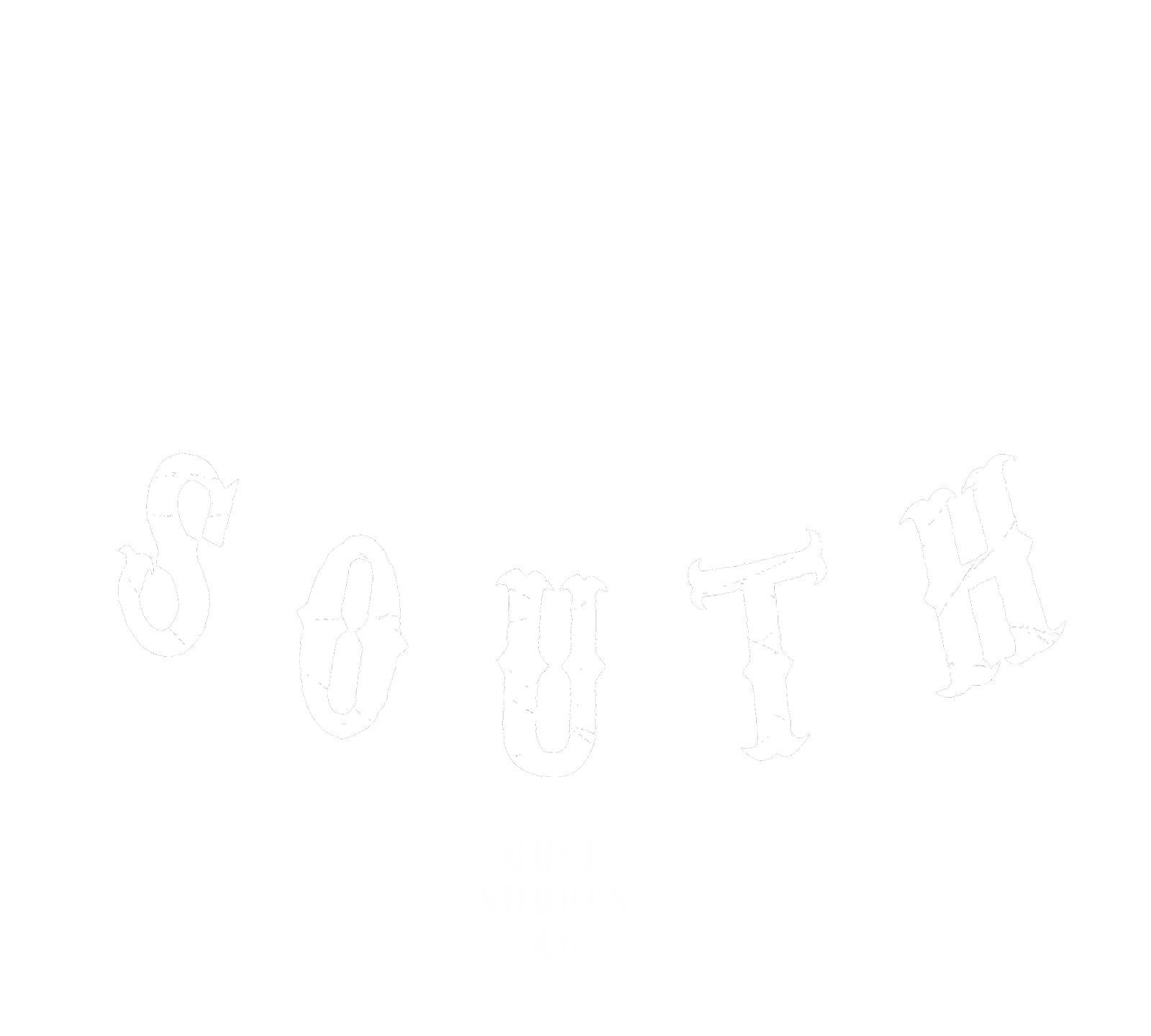